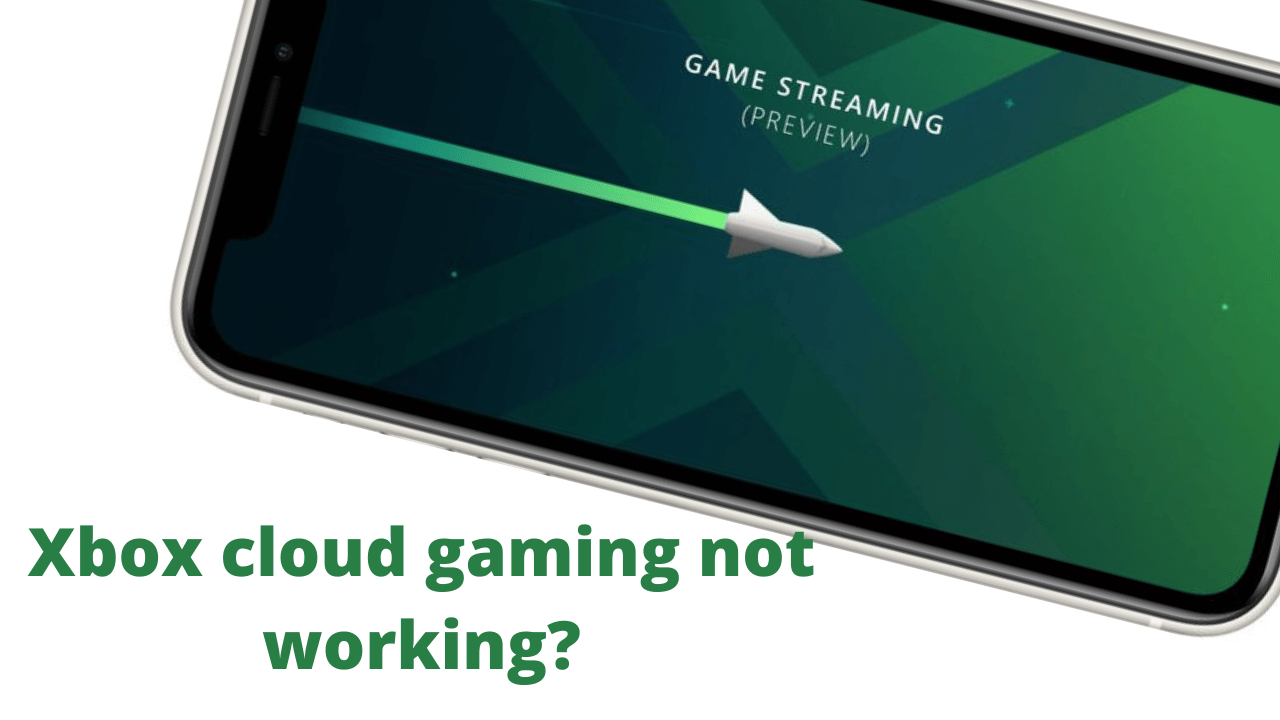 Xbox cloud gaming is a new way of gaming and Microsoft’s new idea can help a lot of players out there but sadly there are some issues with Xbox cloud gaming not working or randomly disconnecting.

After going back and forth on forums like Reddit and Xbox Forum I think I have the answer to this problem.

Xbox cloud gaming streams the game from their servers to your PC, Xbox, or Mobile and the reason it is not working is either because of low-speed internet connections. To FIX Xbox cloud gaming not working just clear the cache and turn off background downloading or apps that might be taking all the internet.

How does Xbox Cloud gaming Work and How to fix it?

We really don’t need to go that deep into the processes or servers we just need to tell you how it works.

So in layman’s terms, Xbox Cloud gaming sets up a connection between the user and the server. You open the game in the Game Pass and choose the XBOX CLOUD GAMING, This opens the game on their servers, and then it steams the game on your device.

Remember how annoying it is when twitch changes the resolution from 1080p to directly 480p or below just because of a low internet connection.

This is exactly what’s happening in the Xbox Cloud Gaming. To keep up with the live content which is obviously more important when you are the one playing it, It reduces the quality to show you the live faster.

And on top of that, You send button inputs to the server which adds even more latency Xbox has to fight to give you the best experience.

How to Fix Xbox Cloud gaming not working?

How to fix Xbox cloud not working on the PC app?

Xbox cloud gaming services are also on the PC app which means now we can own a PC and with a paid subscription we can play 100+ Console games that are growing by the way are now on our beloved PC.

So the competition/debate has finally ended PC > consoles(now it will be PC vs PS5).

Jokes apart, the Xbox console is available on PC but you won’t see them directly. We need to take a few extra steps to enable it on our Xbox app

Changing your DNS may affect the overall quality

This one might not be true because at nerfgamer.com we have recommended many times to change DNS to get more speed and low latency in games like a warzone, Fortnite, etc.

Changing DNS does not affect the internet speed directly but it connects us to the closest data center that has definitely helped a lot of my fellow readers including me to reduce latency and sometimes even get over “network error” or “Unable to connect” errors in multiple games.

But Xbox Cloud gaming uses streams the game we play on their server and if we connect to the wrong data center then this will increase the latency, So I would recommend trying the default DNS of your router it may help Xbox cloud gaming to work again.

Play on the Microsoft EDGE browser

Even though I have played in both app and browser and can guarantee you that they both give the exact same experience in terms of low latency and video quality, you might not be having the same experience. If yes, then I recommend you play on the browser.

Yes! Playing on the Xbox app is better because of no black borders or immersive gameplay but if you can look past it which I guess won’t be that much of an issue if it is solving your problem then I highly recommend you go with Microsoft Edge.

Since Microsoft is also the owner of Xbox has added some features to make its browser stand out from the rest.

There is an exclusive Xbox cloud gaming feature in Microsoft Edge “Clarity Boost” which according to them will help a lot with the quality in the future but right now it is good enough for you to stay.

How to fix Xbox Cloud gaming not working on Phone

I know this one is pretty obvious but it is the most important one so let’s get over with it.

This thing might be subjective and you find better results with cellular than using wifi because there are too many people using the same wifi or you might have a very high ping.

Using 5 GHz is recommended by Microsoft

We need the 5 GHz to increase our speed and decrease the latency.

Normal 2.5 GHz wifi supports 400Mbps to 600Mbps(These are under ideal conditions meaning they might change person to person), This is the max they can go but a 5 GHz wifi connection can go up to 1800Mbps which is a huge gap and enough reason to switch to a new Dual-Band router.

Using Vpn will definitely decrease the game’s quality or the game’s resolution because of all the latency.

VPN’s job is to secure the connection between you and the server and if you are using one to change your geographical location then it will add even more latency.

VPN takes a few extra steps before connecting you to Xbox cloud gaming, It encrypts your connections and after that, it sends it through its own server and if you are using it to be somewhere else then the difference in distance will add to your latency.

Xbox Cloud gaming at the end of the day is a streaming service, the more the latency the more you will have poor quality and see “connection lost” messages.