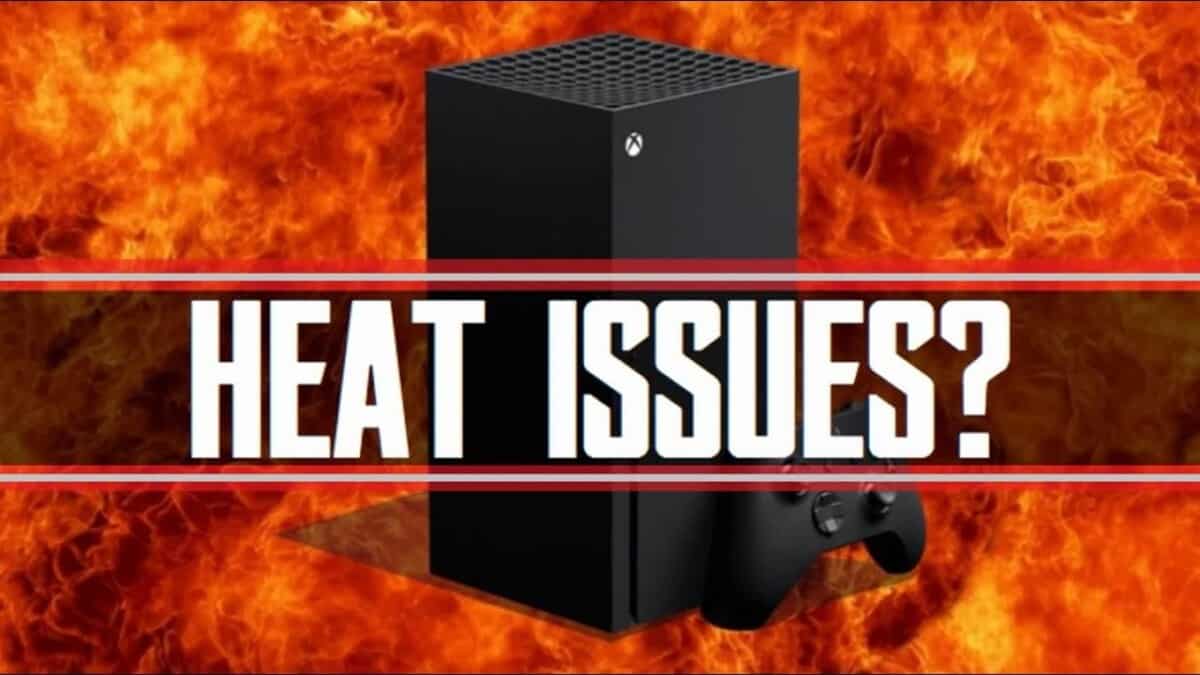 XBOX series X gets heated at times which is normal just because the processor being so fast in a small-sized box.

Is there any fix to this problem? Well, I searched each and everything to figure out any possible fix. Underneath are some of them.

Xbox series-X heats up because ‘instant on’ mode requires immediate power to start and makes the component warm. In order to fix this issue of heating, use the power saver mode which allows the XBOX series X to cool down. Go to settings>general>Power mode & startup> power mode> Energy saving.

Energy-saving mode is healthier for your XBOX series X if you are some extreme heating issue.

Although, I can’t deny the fact that it does affect the game processing a little which you can barely feel if you aren’t a hardcore gamer.

You can use it for a lifetime if you want the Xbox to survive more or use it when it gets heated only.

Setting ‘Instant on’ mode to OFF is one of the solutions to the heating problem in your XBOX and how about facing a heating issue while Gaming? Underneath are the rest possible causes and solutions.

What to do when your XBOX gets heated?:-

If the Energy saving mode didn’t work for your console that doesn’t mean there isn’t any other fix.

Below are the reasons why this happen the solution to fix the problem respectively.

Dust particles reduce the fan speed and make sure it is not clogging any component inside.

There is no harm in cleaning the console on regular intervals which can also increase the life span of the XBOX series X.

Check if there is nothing filling up with the dust and if it does the clean it off as it can slow the processing causing in heat.

Do not use alcohol based cleaner as it can get risky instead keep it simple by dry cleaning the components.

Solution 2:- Removing the side panel

Remove the side wall/Panel to create a ventilation source which would help your Xbox series x to cool down.

This is actually a hit and try method but it does work for many and if you feel the extreme heat you can even use a small fan to make it cool down a little.

I know the XBOX series X will not look aesthetically good that’s why suggested you to do this only when it get heated up extremely.

Removing the side panel will let air to cross ventilate which will start reducing the temperature immediately.

Although, The XBOX series X designed in a way that the it will stand vertically with fan on the top.

You can still try placing it horizontally as well. You can check if it reduces the temperature or not.

I know this sounds a little weird but not that weird as it sounds and in fact, it creates a lot of ventilation in order to maintain the temperature of the console

Either use duct tape or use same sort of a thing which solves the problem of ventilation.

Or try finding a stand for your xbox series x/s which allows your device to breathe a little from each side with ventilation gaps.

Solution 5:- Let it rest for a while

Let the Xbox series X rest for a while if have played for hours already or when it overheats.

Turning off the XBOX after it overheats will allow the components to cool down for a while.

Doing this will reduce the load over the XBOX.

Solution 6:- Don’t put the XBOX in an Enclosure

Enclosure or a box fit for XBOX won’t allow the air to pass completely which reduces the ventilation.

Moreover, don’t place it near the wall as one of the sides can possibly get heated. It is always better and recommended to place your XBOX series X in an open space.

Did you realize that whenever you collide in a game whether it is a car or it’s the player the fan tends to speed up.

It is because the console takes a lot of power while creating such graphical effects and ends up getting heated.

In case of any doubt or any sort of a question, make sure you hit the comment section and we would love to answer all your questions.

Make sure you visit the XBOX section for many such queries and we cover such queries regularly and if you want us to cover more make sure you write it down below(let’s meet there). peace out!