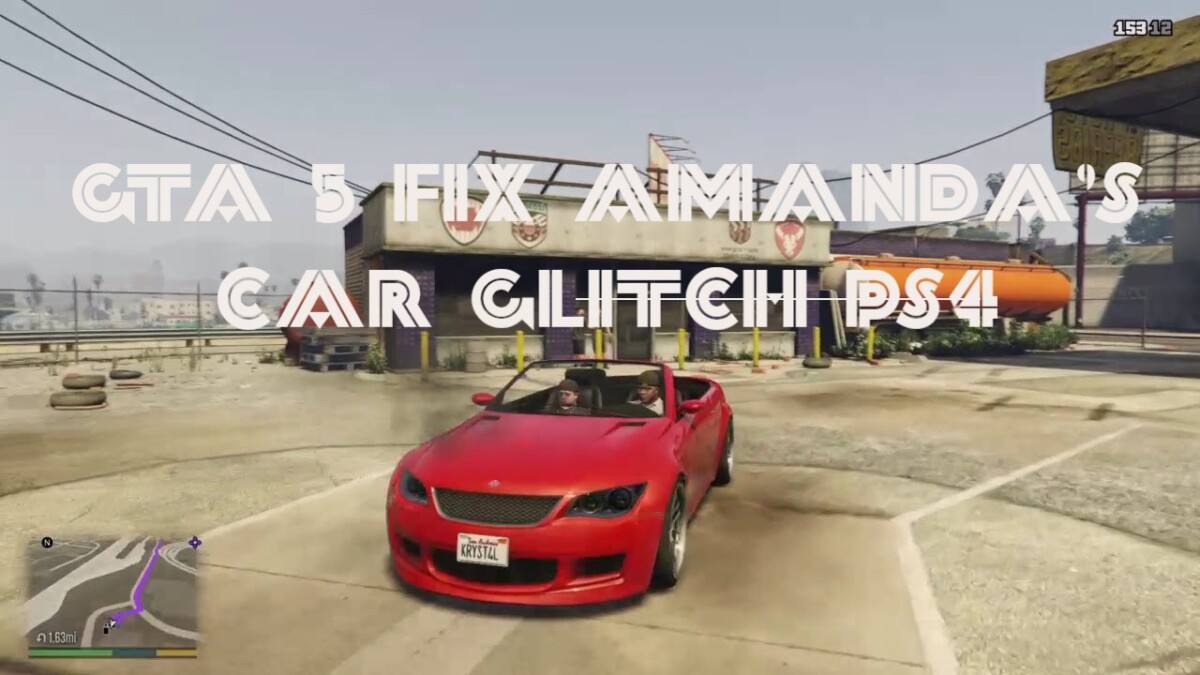 To be honest, I didn’t face Amanda’s car glitch in GTA while playing on PS4, but I have seen my friend live stream where he is unable to fix the car at Los Santos Customs.

After going through many articles and forms sections to solve this issue, I found that it’s not a bug or glitch.

There are 2 way’s to fix it first is to complete the mission 2-3 more times, and then on the next attempt, this bug should have gone, and the second way is that you can do a side mission ( a race with Hao at the bar) as a Franklin character selected.

— You are now thinking that if it’s not the glitch then, why do you have to do it 2-3 more times, it’s because after doing it 2-3 more times the game will let you clear that mission without doing it the side mission race with Hao.

— And if you have done the race with Hao, then you have started the mission Father/Son you will not face any issue.

That’s pretty much you can do it to solve Amanda’s car glitch, and this is not a glitch because it has been around when the game is officially launched for PS4, dev hasn’t fixed it yet.

Franklin and Michael talk. Franklin is interested in Michael’s criminal experience and asked about it, but Michael says that he’s retired and encourages Franklin to go to college so he can “rip off people and get paid to do it.” Still, Michael takes an interest in Franklin and offers to buy him a beer at a nearby bar that Michael likes.

The two head for Amanda’s Sentinel to drive, and get interrupted when Michael gets a call from his son, Jimmy, who informs Michael that he tried to sell Michael’s yacht, without his father’s permission. The buyers stole the boat instead, leaving Jimmy to cower and hide in the boat’s head (bathroom) as the thieves drive it on a trailer down the Great Ocean Highway.

After listing to this Michael takes her wife Sentinel and heads to Pacific Bluffs. Along the way, Michael states that while he is retired and Franklin sufficiently impresses him on this outing, Michael might teach Franklin a thing or two. They reach the Great Ocean Highway and they spot Michael’s yacht flying by, pulled by a Phantom. The two give chase as the thieves follow the Del Perro Freeway.

— What you have to do now

To save Michael’s son Jimmy, Franklin climbs onto the car’s hood, jumps onto the yacht, and deals with the goons on the stern before retrieving Michael’s son. When Franklin is fighting with goons, Jimmy gets hit by the boat’s boom and swings outward, ends up dangling the left side of the road over the freeway while clinging to the boom for dear life. Michael pulls up close enough in time for Jimmy to drop into the back of the Sentinel. Michael then gets near enough to the rear of the yacht so that Franklin can jump safely onto the hood.

With Franklin back in the car Michael wants to continue pursuing the thieves, but the engine of the Sentinel begins to break down, due to a goon having shot it earlier while grappling with Franklin. Left unable to keep up the pursuit, the goons getaway, leaving Michael crestfallen. On Franklin’s recommendation, the three drive to the nearby Los Santos Customs where Hao works, and Michael has Franklin call him a taxi to meet them there; When Jimmy’s protests, he asks Franklin to take care of the Sentinel and get Jimmy home so Michael can have some alone time,  Michael gives Franklin the cash he has on him for the repairs and takes the cab home while Franklin and Jimmy get the Sentinel fixed. Following that, Franklin drives Jimmy home and the two agree to hang out sometime.

That’s pretty much all, if stuck anywhere else’s in GTA 5 feel free to comment down, we would be glad to help you out.