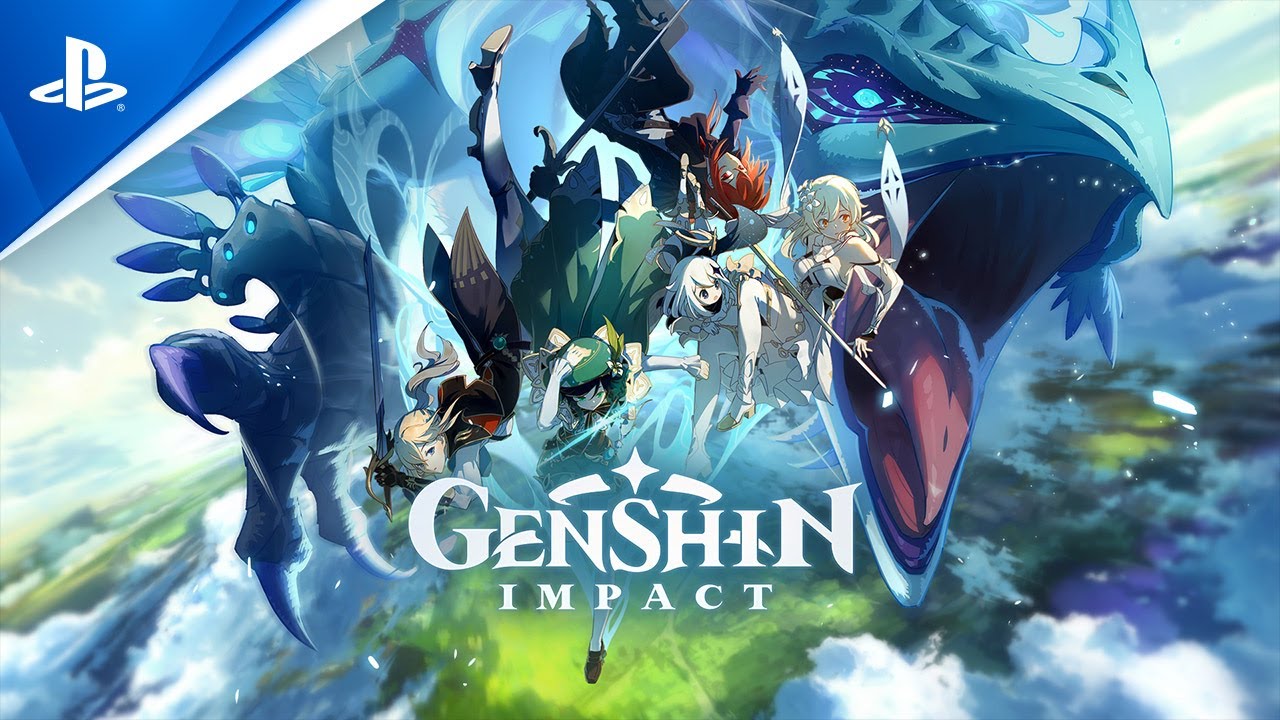 In this guide, we are going to rank every artifact in the game in a Tier List format.

I am going to rank each artifact on Set Bonus they provide and How flexible they are.

It is also not fair to compare a defensive artifact to a Support artifact. So I am going to divide artifacts into 3 categories:

Remark: Set bonus in the only thing that make a Artifact good. Stat and Sub-Stat also matter a lot. And if you are lucky enough to get a God-tier roll and that artifact also has a good Set bonus. Then it’s better for you use that artifact.

But if you are not so lucky like me, then it’s not a bad idea to choose a S-tier Artifact from this list.

Gladiator’s Finale provides a Raw Attack bonus at 2 pieces, but makes it broken is it’s 4 Piece Set Bonus. If the character is a Sword, Claymore, or Polearm user then it will get an additional 35% Attack damage.

Gladiator’s Finale can be dropped by any world bosses with 40 or 60 Resin.

Berserker is another broken artifact for DPS characters. But unlike Gladiator’s Finale, it provides a Critical rate as a bonus.

If your character health is below 70%, then it can provide a 36% critical chance. Which can totally decimate the enemy if used correctly.

But CRIT Rate alone is not enough character need to either have high CRIT DMG or ATK.

Gambler is the only artifact that provides Elemental Skill DMG. It’s 4-Piece Set Bonus can be Op on any character that has high damaging Elemental Skill but with long CD.

This is one of the best artifacts for a Cryo user. It’s 2-Piece Set Bonus provides +15% Cryo DMG. But to get a 50% Superconductor damage boost, you need to have an Electro user, that can provide constant Electic damage.

You can prioritize this artifact if you have a good Cryo, that can be your DPS, and a good electro user like Fischl, that can provide constant electro DMG.

This Artifact is very similar to Glacier and Snowfield, but instead of providing Cryo damage, it provides +15% Pyro damage.

But what makes it OP is its 4-Piece Set Bonus. +40 to Overload and Burning is already good enough, but it also provides +50 to 2-Piece Set effects, every time user uses an Elemental Skill, that can be stacked 3 times.

A character like Diluc, Xinyan, or Klee, alongside Fischl, can really exploit this.

It also has a really good 4-Piece Set Bonus. Having an additional 40% damage on Overloaded, Electro-Charged and Superconduct is really good. But it also reduces CD by 1sec, almost every 0.8 sec.

Which might not seem much, but it can truly make a difference in a tough battle.

This artifact is like a Nerfed version of Gladiator’s Finale. It provides +18% RAW ATK DMG, but 4-Piece Set Bonus it not realiable.

You won’t be able to use its 4-Piece Set Bonus, if your opponent health is below 50%.

This is another artifact which resembles Gladiator’s Finale. It provides +15% to Normal and Charged attack, as its 2-piece set bonus.

It’s 4-Piece Set bonus can be really good on a character that has a short CD. It provides +25% to Normal and Charged attack for 8 sec, every time the character uses an Elemental Skill.

This artifact has 2 mismatched set bonuses. As 2-Piece Set Bonus it provides 40% Cryo RES. And, it’s 4-Piece Set Bonus provides 35% additional DMG against the enemy in a frozen or affected by cryo state.

But most of the enemy that does CRYO DMG is immune to CRYO, so in most cases, you can either use 2-Piece Set Bonus or 4-Piece Set Bonus. You can’t use both.

The only use I see is where you have to fight enemies with multiple elements. Which is highly unlikely.

Lavawalker is similar to Icebreaker. But instead of providing Cryo RES, it provides 40% Pyro RES. And similarly, it’s 4-Piece Set Bonus provides 35% additional DMG against the enemy in a Burning or affected by cryo state.

But most of the enemy that does PYRO DMG is immune to PYRO, so in most cases, you can either use 2-Piece Set Bonus or 4-Piece Set Bonus. You can’t use both.

These artifact are best to be used on your Support character like Verti and Fischl. They provide buffs that can be used by almost everyone in your team.

The instructor is truly a Top-tier artifact in the whole game.

At 2-Piece Set Bonus it provides +80 Elemental Mastery, which is already really good.

But it’s 4-Piece Set Bonus makes it totally broken. It provides 120 Elemental Mastery for 8 sec, to all party members after you use Elemental skill.

If your party relies heavily on Elemental DMG, then this is a MUST HAVE.

It provides 20% ATK DMG to all of your character for 12s, every time you uses Elemental Burst. And if you have characters like Venti and Fischl, with a high elemental burst, you can keep that 20% ATK DMG, almost all the time.

If you need a good support artifact, then Noblesse Oblige should definately on top of your list.

The only reason I have put Scholar in A-tier is – it’s rather situational. But if you have the Right setup, then it can be one of the best artifacts for support.

Scholar is useful to you if you have some really good Bow and Catalyst user. But if you don’t have a good DPS character, who uses a Bow or Catalyst. It won’t be too helpful for you.

If you have both Klee and Fischl, then you can use Klee as your DPS and Fischl as support.

The Exile is the another artifact which provide Energy Recharge as its Set bonus.

Just like Scholar, it provides 20% Energy Recharge as it’s first bonus. But it’s 4-Piece Set Bonus is a little different then Scholar.

It provides 2 Energy to all party members for every 2s for 6s, every time the wielder uses Elemental burst.

This is can work really good on a character like Venti, that has really short elemental burst CD.

If you party realies heavily on Skills, and you have a character with short elemental burst CD, then this can come in handy.

But if your DPS character doesn’t rely on skills for Damage then it won’t help you much.

Viridescent Venerer is another great artifact, that can provide really great support if used currectly. But it is quite situational.

The character to use this artifact is Venti. Venti has really short elemental Skill and Burst CD. And it is also the best Amino character to perform elemental combo.

But if you don’t have Venti, then this won’t help you much. You are better off using something else.

Defender’s Will is the best Defence artifact you can have in Genshin Impact, till now. It has really Lax requirements, and can be used be every character.

This artifact can be used by a wide array of character’s. If you haven’t farm this SET yet, then you should definitely farm this. No matter what party you are using, you can use this artifact.

2-Piece Set Bonus: Gain a 15% Geo DMG Bonus
4-Piece Set Bonus: Upon obtaining a crystal created through a Geo Elemental Reaction, all party members gain 35% RES to that particular element for 10s. Only one form of Elemental RES can be gained in this manner at any one time.

Archaic Petra is the best artifact if you are using a Geo character. Its first bonus provides 15% Geo DMG. But it’s 4-Piece Set Bonus is what makes it so good. It can work as both support and defensive.

The only reason this is not a S-tier artifact is- There are not many good Geo Element character. But that can change, if there are some really good Geo character in the future.

Retracing Bolide is the another artifact that is good but niched. Most of the character in the game won’t be able to make use of this artifact.

It increases Shield Strength by 35, which is really good defensively. But it also provide +40% to Normal and charged attack. It is like having both defensive and offensive artifact in one.

But the only character which can use Retracing Bolide is Noelle.

Defensive Artifact either increase DEFENSE or RES for a particular Element.

Healing Artifacts are helpful for the healers in your team.

Maiden Beloved is the best healing artifact you can have in Genshin Impact.

It provides +15 Healing Effectiveness, that is really in itself. But it’s 4-Piece Set Bonus that makes it the best.

As a 4-piece set bonus, it provides 20% healing to all party members, for 10s, whenever you use elemental skill or burst.

Another great thing is, it’s requirements are quite lax, so it can be used by wide array of characters.

If you don’t have a good Healing, then it is a really good artifact to farm.

Adventurer is the first artifact you get in the game. And it is arguably the worst artifact.

But if you are a new player then 1000 HP can be useful. But other then there is no need for you to use this artifact.

Just like Adventure, Lucky Dog is not really helpful in Late game. But still having 100 DEF is still better then 1000 HP.

It’s 4-Piece Set Bonus restores 300 HP on picking up Mora, which is useless in fights. And 300 HP is too to be much helpful/

It’s first ability, increases incoming healing by 20%, that is really nice. But it’s 4-Piece Set Bonus restores 20% HP, when you use Elemental burst. That can be useful on some characters, but a lot of the character has a long CD for elemental burst.

There are considered Special because they provide 1-Piece Set Bonus, making them flexible enough to be used as Fifth Artifact on Any build.

These 4 artifact provides really high resistances of their respective element. But makes them so special is that- they provide 1-Piece Set Bonus. Making them flexible to fit into any build.

With these artifact, you will be affected by their respective element for 40% less time. But remember they don’t provide direct resistences, you will still take the same amount of damage.

If you have a God tier artifact then you can use that as your FIFTH artifact, but if you don’t, then you should start farming because no matter what character you are using, having resistance is always good.