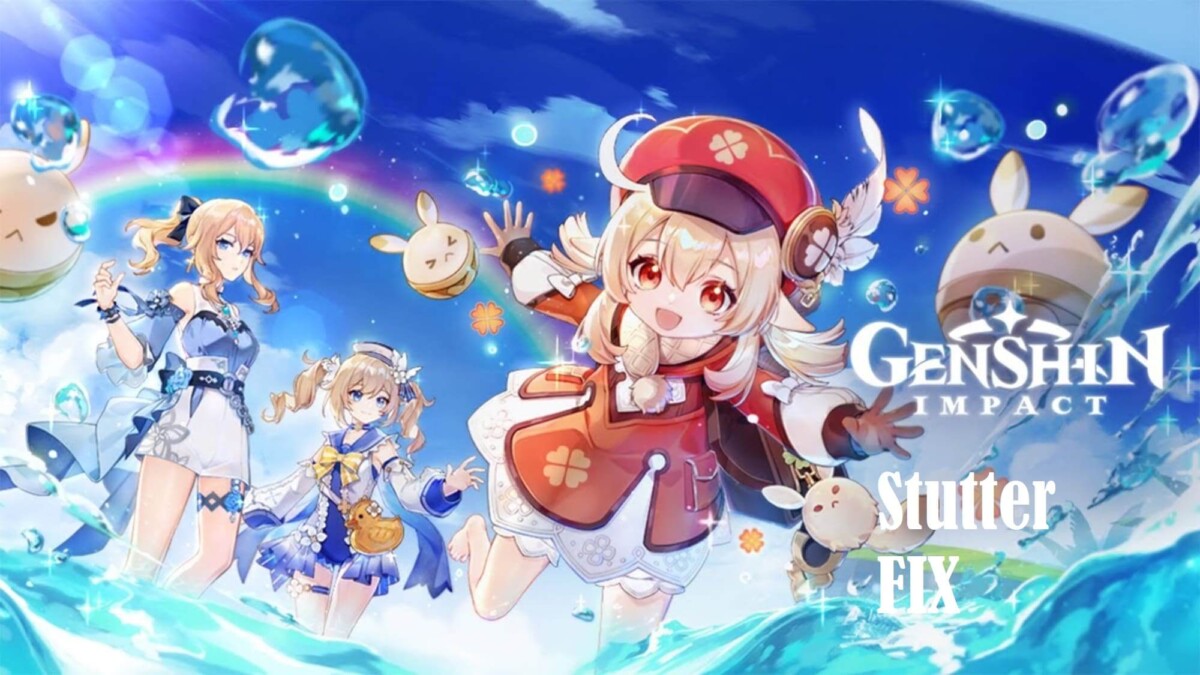 I noticed Genshin Impact seems to micro stutter randomly but fps drops from 60 to 54 were the same in the spiral abyss and outer world and I wondered it should lag more in the spiral abyss because of all those graphics-intensive attacks animations and stacking numbers.

So I searched Reddit and was surprised by how many players, even with RTX series GPU were facing the same FPS drop issue.

Genshin Impact is stuttering either because of software interference or network/server error. Performance of the hardware is not causing as a high-end spec pc is also facing 60 to 54 fps drops. Genshin Impact is built on the 2017 unity engine so the problem might be low optimization with the latest GPU drivers.

Since the hardware is not the issue then that means the server might be causing a problem. A lot of players on Reddit are having the same issues with the game even if their PC specs are maxed.

I searched the whole Reddit and I found a Subreddit about Genshin Impact PC stuttering and a user pointed out that the game’s micro stutter syncs perfectly with the device manager refreshing.

This was also noticed by that Reddit user, I did check mine and yes it was refreshing on device manager when my Genshin impact micro stuttered.

This means that this problem might be because of poor optimization. This game is built on the 2017 version of Unity and according to many technical players on discord, this version is not stable with the latest display drivers of Nvidia and AMD.

They tried the older version of GPU drivers and it seemed to fix the issue quite a bit but this doesn’t solve the problem because cannot sacrifice other games especially the competitive ones.

This might also be because of a local network issue by that I mean software might be interfering with the device manager.

To check if it is a local network issue, open the device manager and go to software devices and check if there are any apps that are not necessary and keeps refreshing every few seconds.

If there are then you might have figured out your culprit.

Because these type of apps keeps refreshing and since we confirm that Genhsin impact micro stuttering is perfectly synced with device manager refreshes then that means deleting these apps might solve your issue.

To delete those apps Go Start > settings and devices, then other devices, and delete all the unnecessary apps.

To make sure that these apps are unnecessary apps and you are not deleting or disabling any Microsoft core apps or any other important driver.

Who would have thought that Windows updates are causing gaming performance issues again?

According to an Nvidia Staff member, The latest update after March is not working properly with Nvidia and AMD hardware. Yes, this issue is not only limited to Nvidia hardware but also with AMD GPUS.

This was his comment on the issue with the latest windows update.

“If you are seeing a lower performance in games, check if rolling back Windows 10 Update KB5000842 solves the issue,” says NVIDIA staff member “Manuel@NVIDAI.”

and I highly recommend checking that blog out.

They also stated disclaimer that, be aware when you downgrade a Windows update you also downgrade the security patches.

How to fix Software Interference with Genshin Impact?

This fix is easy and might the main culprit of your problems. Well, there are not many software responsible for crashing Genshin Impact but security software like windows firewall or antivirus and GPU’s control panel software tend to block Genshin Impact’s software sometimes.

Windows Firewall might be blocking a part of the software and to make sure it doesn’t we need to add Genshin Impact in the firewall to bypass it.

This will ensure that firewall doesn’t block Genshin Impact and might fix issues for most of you readers.

Graphics card software has different graphic profiles which may interfere and override the graphic settings of the game. Nvidia control panel in NVIDIA and Catalyst control panel on AMD.

This is how you can reset the profiles to default settings.

Resetting the settings will remove any interference and give back the graphic control to the game.

Then just check for updates and if any updates are pending then thank me later because this might be the biggest tweak that will fix the Genshin Impact crash.

Give more resources to Genshin Impact.

This is to make sure that all the power is going into playing Genshin Impact smoothly. For this, we need to give priority to the game by opening the taskbar.

This will allocate more resources to Genshin Impact. While in the taskbar, here is a great tip: check background apps and take up any resources.

I did check mine and discord and chrome were taking way too many unnecessary resources.

this is a screenshot of my discord performance

As you can see my discord is using 50% of my GPU usage and not only that apps like chrome in the background can also reach very high memory usage.

We can easily close chrome or use different browsers like opera gaming browser Opera GX but to fix discord you need to turn off hardware acceleration.

To turn off hardware acceleration

Then turn off the Hardware Acceleration

Over heating of storage device might be causing issue.

In his case, his SSD  was facing overheating issues. now if you are dealing with the same issue you then I highly recommend playing Genhsin impact in a cooler place.

This overheating of the storage devices is mostly seen in laptops, So so if you are playing Genshin on a laptop then either buy a cooling pad with 2 or more fans or play in a cooler room like a switch on the AC when you feel the laptop is overheating.

Cooling your device can easily boost Your 10-15 FPS and I highly recommend doing this even if you are playing any other game.

This cooling pad is Amazon’s Choice awarded and does work pretty well.

This is the extreme method because in this case, you are managing 3D settings on the Nvidia control panel to fix the stuttering problem.

I recommend you to watch this YouTube video he has MX 130 and after doing this fix his fps remained stable at 45 but as you can see the micro starter stopped.

This solution is for those people who are using dual monitors 144hz/60hz and genshin impact stutters when you are watching any content on the second screen then this might solve your issue.

“Whoever is experiencing issues with stutter on dual 144Hz/60hz monitors like me (when watching content on the second monitor), the solution is to use only Exclusive Fullscreen G-Sync mode for this game. Since the game doesn’t support it natively, the way to force it is to use a shortcut to the game exe with parameters “-screen-fullscreen 1 -window-mode exclusive”.

I was surprised by how many people were facing the dual monitor error you can read the comments and might find a different answer for your issue, this is what I like about the Reddit community.